Being a Ugandan art lover I have recently found myself interested in what African and indeed Ugandan art looks like. The fact is Uganda, like many other countries in Africa, is endowed with art, beauty, and culture- but like most other African countries, that is not the picture that is visible. African experiences have often been condensed into a monotony of display; the display of suffering, poverty, and struggle. And while it may be true that those challenges exist, this is not the entirety of it. In Uganda, harmonious music, rich culture, vibrant art, and diverse aesthetics thrive. As a consumer of art, I want to experience and direct my attention to works that encompass all my experiences and senses. 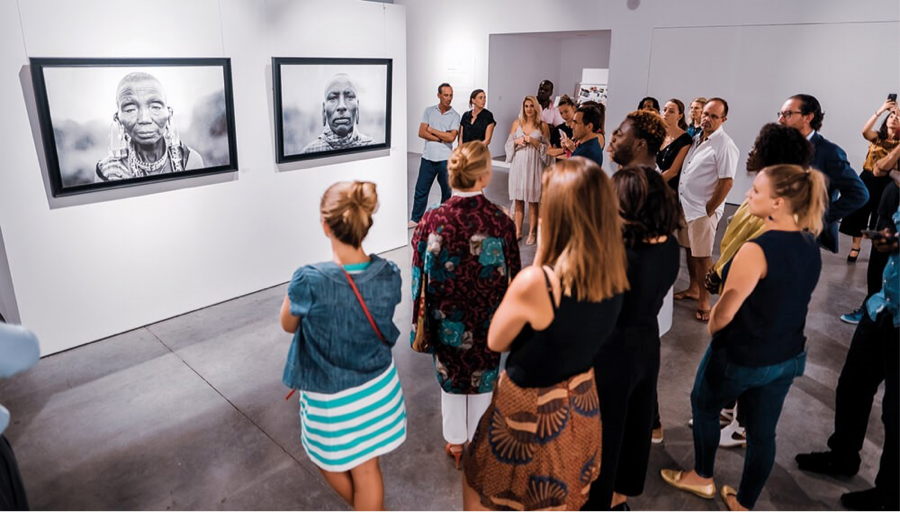 The Akka Project fortunately shares this sentiment. The Akka Project aims at promoting African art and showcasing the beauty that is of Africa through art, music, food and the like in the Middle East, especially in Dubai. It was for this reason that Lidija  Khachatourian, the curator, and her family started the Akka Project - Akka is the acronym of Lidija’s family name. When Andariya spoke to Lidija, she explained that when she travelled the Sub-Saharan region with her family collecting art for personal pleasure, it made her angry to see how the image of Africa was portrayed; not showcasing any of the beauty she saw. She then decided to do something about it, “Because it's not enough to recognize that, you have to start doing something. The first gallery was opened in 2016 in Dubai, then the second in Italy in 2019 and 99% of the artists I work with are from and based in Africa.” 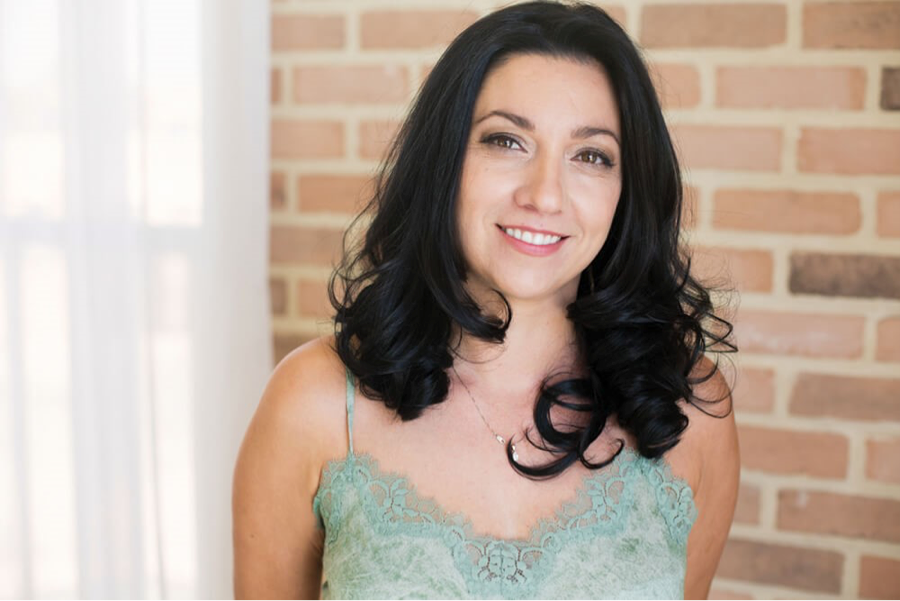 The Akka Project has, for the past three years, been running a ‘Focus-on’ series, where every year a country is chosen and a series of events are organized that provide a somewhat comprehensive experience to audiences about the culture and art of that country. Fortunately for Ugandan artists, the 2021 Focus-on was on Uganda, which made it the first Ugandan exhibition for the Akka project. The program was supposed to run from January 2021 until March, however, due to COVID-19, there were limitations on communication, logistics, and gatherings which made it hard to continue the full exhibition. “The biggest disappointment with the exhibition is that it didn't encompass all I hoped it would to be comprehensive enough to depict Ugandan culture.” Lidija told Andariya. But according to her, no matter what the challenges are, the “Focus-on Uganda” program had to go on because something is better than nothing.

The Show Must Go On

Lidija opted to do a smaller art exhibition where artworks were placed in an online catalogue- which was received positively. While those that could be shipped were physically available for display at the gallery, not a lot of visitors made it to the exhibition because of pandemic restrictions. So in order to represent the versatility of Ugandan art, four artists were chosen - all of whom had different styles. According to Lidija, she needed artists that could show the versatility and depth of talent in Ugandan art, and accommodate different audience tastes. She elaborates “We chose Ronex Ahimbisibwe, Xenson, Ismeal Katerega and Pamela Enyonu. The idea was to show that you can get creative with art and not limit yourself to only painting on canvas. For example Xenson does art on oil barrels, Ronex does paper collage, Pamela does art with mixed media photographs and Ismeal keeps his art purely canvas.” 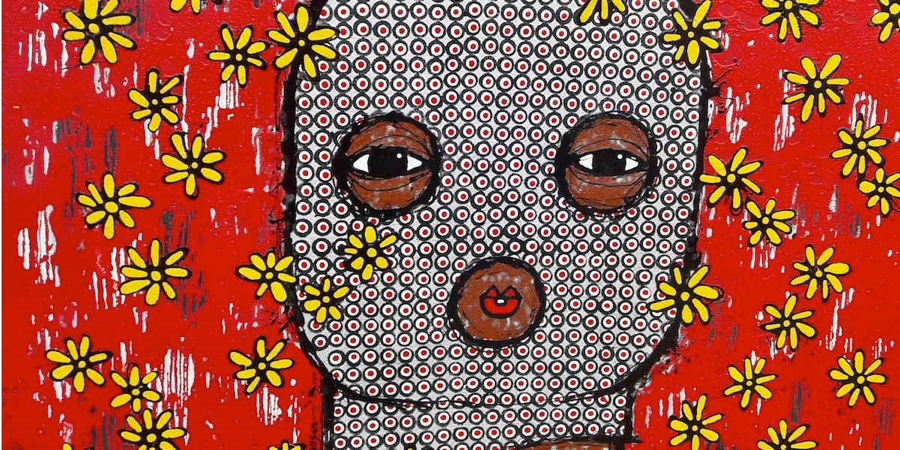 Art by Xenson - Source: Art and About Africa

Andariya had the pleasure of speaking to one of the artists, Pamela, who unlike the other artists showcased, it was her first time working with the Akka Project and exhibiting in Dubai. Pamela Enyonu is a mixed media artist who has been active since 2018. Her work centers around the female form as the subject, and presents the black woman in all her glory and capabilities. “I was recommended by Ronex who connected me to Lidija. When I got to know about it and realized the stellar alumni, I was excited to work with them because that’s good for my C.V., visibility, and for a woman to see my work and appreciate it is important for me. The work I showcased is acrylics on canvas which I had not done in 10 years and had only gotten into it during lock-down” Pamela noted. 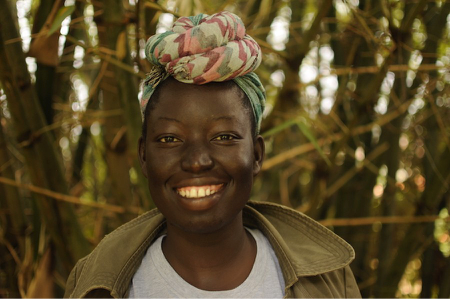 The work exhibited showcased Pamela’s canvases which highlight the female form. She described them further; “The paintings I sent were an amazing experience in the way I rendered my subjects and the hair and it was provocative for me. I titled one of the pieces ‘just being’ after a poem that reads ‘a woman just being, the world has never seen this kind of woman because even now we have expectations’. It was very deliberate for me to exhibit something like that in Dubai and show a woman that is full ownership of her body.”

An Artist’s Perspective on the Akka Project

The Ugandan art scene finds itself at a stage where it needs to break out and define itself. According to Pamela, for instance, the kind of work we produce is still unknown and undefined. “When you look at West African art, it has a strong cultural connotation so they have a really strong identity. So in terms of what does Ugandan art looks like, it is very difficult, but it’s also exciting because that means we are defining it” she said. It is therefore in spaces like the Akka Project that Ugandan artists like Pamela now get to sort of contribute to what will be known as Ugandan art to the world. 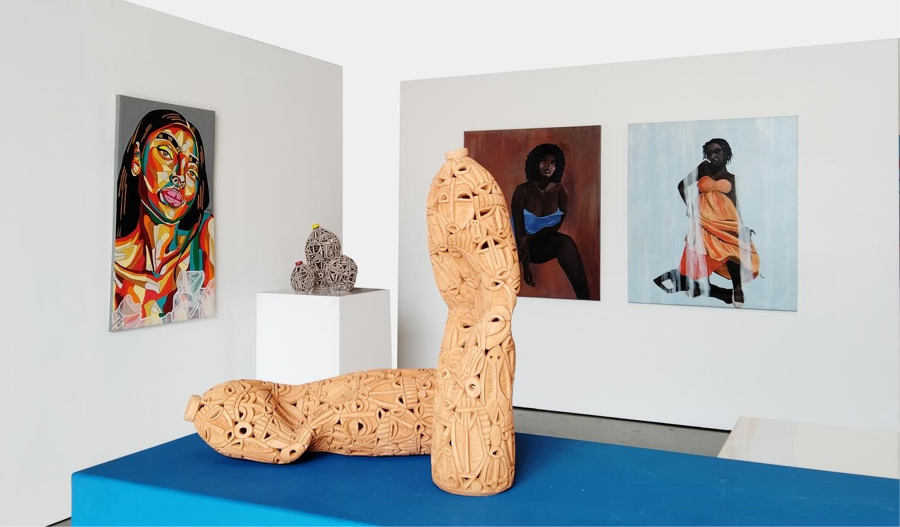 On a personal note though, as a practicing artist of only 3 professional years, Pamela recognizes that she needs to build a solid foundation for her career. “This means I need to show in important places. It’s not just about exhibitions for me, it is where the work is being seen and what it means for me. The fact that the Akka Project is all African artists is nice, but for me the biggest selling point is the artists they have showcased, because showcasing there now means I join this alumni of illustrious artists. I got to exhibit with legends like Xenson, who have been in the field a while, and I’m a child. I actually studied about Xenson in art school” she emphasized.

The unfortunate thing is that the show only happened for two weeks from February 23rd to the 9th of March- which was not enough time to grow the audience and give people time to experience, interact, and fall in love with the art. However according to Lidija, this is not the end for Ugandan art. Even though the project looks at all African countries, Uganda will still be given its chance and a bigger event that encompasses all that should by showcased shall be organized in the future. “For now the exhibition ‘Focus-on Uganda’ is done but the gallery will keep the artists’ works on display. The focus of the gallery will however be on the next program called be ‘DEUS EX FEMINA’ a group exhibition of women from West and East Africa” Lidija added. 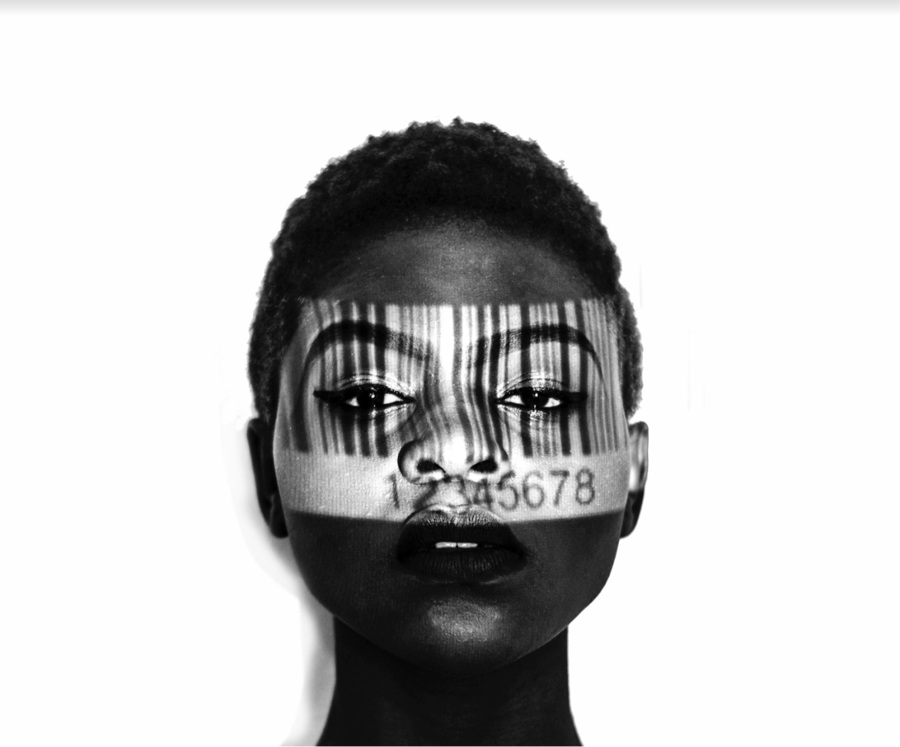 The beauty of this is that it also includes Pamela Enyonu, so online audiences and visitors in Dubai will continue to interact with Ugandan art in its diversity. According to Pamela, even though the works she exhibited in ‘Focus-on Uganda’ were paintings, she feels she is stronger as a mixed media artist. She explained “I feel even more privileged that my mixed media photographs made it to the ‘DEUS EX FEMINA’ group exhibition.” The exhibition portrays a series of mixed media, layered and embellished photographs that portray the stages and fluidity of pain.

The truth is Uganda is prolific in art, and so is the entirety of the African continent, so the expected outcome for the Akka Project is to showcase that. The artists get to show their art and put one more exhibition under their belt, grow their audience, exposure and make money from sales. Most Ugandan artists are pretty unknown so the ‘Focus-on Uganda’ exhibition raises art-lovers’ and enthusiasts’ awareness of what’s coming out of Uganda and they get to wonder about what more we have to offer. The Akka Project essentially works to attract international audiences and allows artists from Uganda the comfort of knowing their work is appreciated and seen in its diversity. 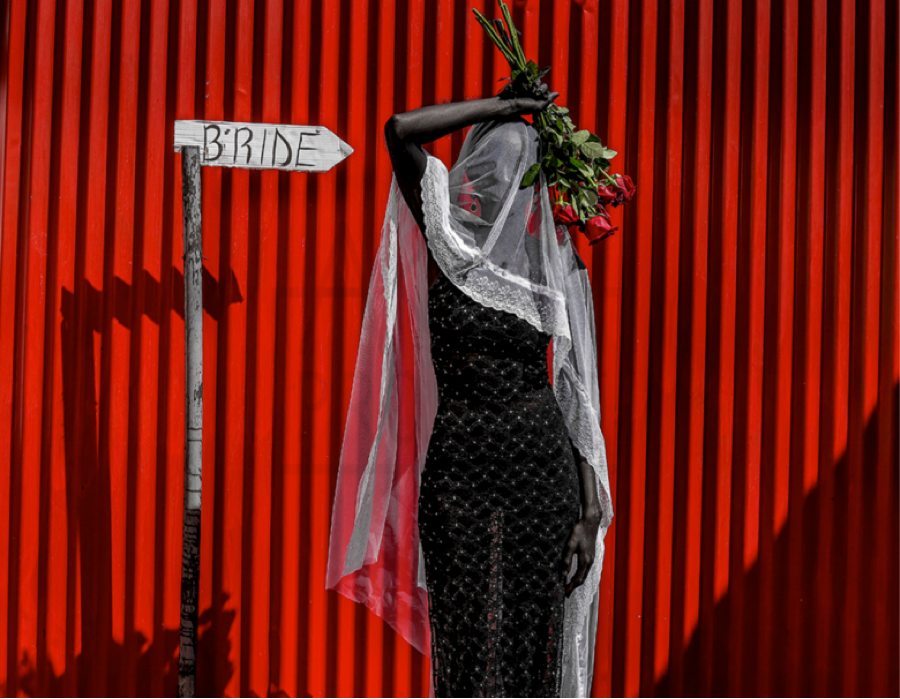 The Akka project is a champion of showcasing the beauty of Africa, and as an African I proudly commend them. If you are an African artist, you will be glad to know that the curator for the Akka project is always searching for African artists. Lidija echoed "We are always looking out for new talents to showcase and invite for residency, so artists can send an email to hello@akkaproject.com." If you love African art and culture, then you ought to check them out. It will be worth your while.